A Wisconsin car accident victim has another shot at pursing uninsured motorist coverage for injuries related to a 2010 crash, now that the Wisconsin Supreme Court has ruled his filing was timely. 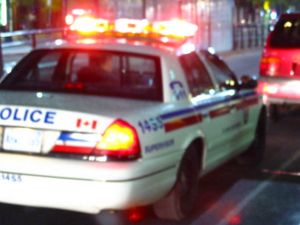 The court reversed both the trial and appellate courts with its ruling in Shugarts v. Allstate Property and Casualty Insurance Company recently.

It was an important victory for those who recognize uninsured/ underinsured motorist coverage is an essential avenue of compensation for crash victims. Although Wisconsin operates under a tort system, meaning the at-fault driver will be the one whose insurer is responsible to pay, UM/UIM benefits kick in when the negligent driver doesn’t have insurance or lacks enough to fully cover those damages. Minimum bodily injury coverage benefits for auto insurance are $50,000 per person and $100,000 total. In a serious crash, our Hayward car accident attorneys know that’s often not enough. However, just because you have a UM/UIM policy doesn’t necessarily mean you’ll receive coverage without a fight.

In the Shugarts case, the primary issue was one of filing deadlines and whether it’s the accident itself or the tender of the tortfeasor’s underlying policy limits that trigger the “notice” provision in a UIM policy.

According to court records, plaintiff worked as a deputy sheriff in October 2011 when he joined a vehicle pursuit against a suspect in a hit-and-run accident. The suspect’s vehicle struck plaintiff’s, and the deputy was severely injured.

The deputy’s vehicle was owned by the county government and thus insured under the county’s policies. However, plaintiff had his own personal auto insurance policy through Allstate that included underinsured motorist coverage.

Little more than a year after the collision, plaintiffs hired an attorney who sent notice of a claim for compensation to the county’s insurer. The firm denied coverage on the grounds the crash was intentional and thus not covered. Plaintiff proposed settling for $600,000, which insurer again refused, citing exclusion. Plaintiff’s filed a lawsuit, and insurer offered to settle for $10,000. After plaintiff amended the complaint to add county’s second auto insurer, the first one offered to settle for $50,000.

At that point, plaintiff filed a notice to his personal UM/UIM carrier, notifying them of the settlement offer and noting the belief his damages were well in excess of those policy limits. A second amended complaint was filed, adding Allstate to the defendant list. Allstate asserted the filing was untimely, and that no coverage was available because plaintiffs had failed to provide timely notice of their intention to file a claim as a result of the crash.

Allstate sought summary judgment, which was granted by the trial court on grounds, “it was reasonably possible for (plaintiff) to provide notice to Allstate sometime shortly after the accident,” and further plaintiff failed to rebut the presumption the UM/UIM insurere was harmed by the untimely notice. The appellate court affirmed.

The Wisconsin Supreme Court, however, reversed. Justices first analyzed the exact language of the policy, which states in the liabiltiy section if a person is involved in a crash, the insurer must be informed “as soon as reasonably possible.” No such language is contained under the UM/UIM section of the policy, but the insurer contends this notice provision still applies. The state supreme court disagreed, noting the policy was separated into seven parts, and a reasonable person would conclude the provisions of the liability section pertain only to that section.

The court then weighed the issue of timely notice. In this case, plaintiff could not by definition be considered “underinsured” until the policy limits are exhausted, and therefore the operative event that triggers the notice requirement for UM/UIM claims is not the crash – it’s the payment made by the at-fault driver’s party.

Wisconsin personal injury lawyers at the Lein Law Offices offer a free and confidential consultation to discuss your rights. Call 715-403-5045.