A 131-vehicle pileup on Interstate 41 near Neenah is being called the worst in state history. 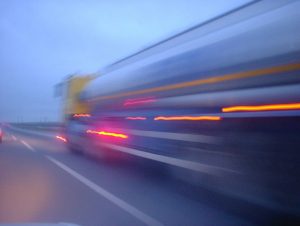 An Oshkosh man, who was a science teacher for the Iola-Scandinavia School District, was killed and more than 70 people were left injured in whiteout highway conditions on the highway, causing many hurt or panic-stricken motorists to call 911, Madison.com reported.

The Winnebago County Sheriff’s Office reports most of the vehicles were destroyed. Our Hayward car accident lawyers have posted recently about the perils of winter driving in Wisconsin. But such collisions at highway speeds can be particularly dangerous.

The La Crosse Tribune also reported chaos on the highway in the aftermath of the chain-reaction crash, which occurred about 100 miles northwest of Milwaukee. A motorist on the phone to 911 reported still being struck by secondary collisions.

Our car accident lawyers in Hayward and Winter know there are steps every motorist can take to reduce highway driving risks. The liability headaches of this collision will likely take years to sort out, as accident reconstruction will reveal dozens of secondary collisions. While in some cases victims of these collisions will likely pursue the at-fault driver of the original collision, many will also pursue cases against the driver or owner of other vehicles that ultimately struck them.

Wisconsin’s mandatory auto insurance law requires $25,000 per person bodily injury coverage/$50,000 per occurrence injury coverage and just $10,000 property damage coverage. You can easily see where this will be nowhere near sufficient to compensate multiple accident victims for serious injury. Fortunately, state law also requires uninsured motorist coverage, which will protect you in the event of a collision with an uninsured driver. However, underinsured motorist coverage is not required. Underinsured motorist coverage would protect you in the event of a collision with a driver who lacks enough insurance to adequately compensate you for losses. This is more likely to be the case, and is a primary reason why we encourage all motorists to carry it.

Multi-vehicle collisions typically result when drivers are driving too fast for conditions, or following too closely. Or both.

Speed: Always reduce your speed in poor weather or periods of low visibility. A rule of thumb is to never outdrive your headlights. You should be prepared to stop within your field of vision.

Following too closely: Few drivers leave enough space between their vehicle and the vehicle in front of them. This is as true for drivers at urban intersections as it is for drivers on busy interstates. However, as this piieup illustrates, following too closely at highway speed never allows enough time to stop in an emergency. These collisions also occur with more force and so are more likely to result in more serious injuries. Following too closely not only reduces your reaction time, it also often obstructs your vision of what’s occuring on the road ahead.

After-Accident Safety: Finally, there are important steps to staying safe after a collision occurs. In this case, motorists reported not feeling safe in their vehicles because of the secondary collisions. However, exiting your vehicle under such conditions is likely more dangerous. Those who do exit their vehicle should stand well away from the roadway in a safe location.