Whether you are classified as an employee or an independent contractor matters when it comes to collecting damages in the aftermath of a Wisconsin work injury. 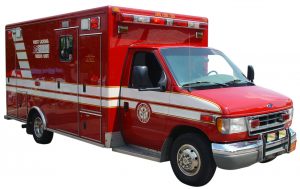 Under Wisconsin law, employees who are injured on the job are entitled to recovery for physical and mental harm, accidental injury and occupational disease. This includes all doctor, hospital and medical bills, as well as medicines and supplies and even lost time and travel expenses for treatments, rehabilitation and examinations.

Additionally, employees may be entitled to temporary or permanent disability benefits, vocational and rehabilitative training, lost wages and even funeral expenses and death benefits.

Wis. Stats. Chapter 102 outlines the state’s Workers’ Compensation Act. The law outlines who is covered under the act, mandating coverage be extended to all non-farm employees of companies that employ three or more workers who make wages of at least $500 in any quarter of the calendar year.

Even employees of illegally uninsured company’s may collect benefits from the state Uninsured Employers Fund (UEF).This is a no-fault system, meaning the worker does not have to prove any wrongdoing on the part of an employer. In fact, the worker can even collect damages if he or she was at fault for an injury, except in certain cases involving criminal activity or intentional actions.

Where challenges often arise is when companies classify employees as “independent contractors” in an effort to avoid the cost and bureaucracy of providing such benefits to their workforce.

Wisconsin Courts and the Workers’ Compensation Commission have wrestled for years with the definition of “employee” and “independent contractor.” For many years, only workers who maintained separate businesses and held themselves out to perform services were classified as independent contractors. Everyone else was an employee.

In 1990, lawmakers went a step further by implementing a 9-step test to determine when a worker could be classified as an independent contractor.

Outlined under Section 102.07(8)(b), these requirements include: maintains a separate business; holds a federal employee identification number has filed self-employment income with the Internal Revenue Service; operates under secured contracts and pays business expenses; and receives income on a per-job or competitive-bid basis.

The requirements put Wisconsin ahead of many states when it comes to protecting the workers’ compensation rights of its workforce. However, misclassifications still occur as employers continue to maximize profits in an ever-competitive business environment.

Proving your status as an employee can significantly increase your rights to benefits, as discussed above. In other cases, a personal injury lawsuit may be the best course of action.

Regardless of whether a worker is classified as an independent contractor or an employee, a lawsuit against a third-party may be another option for obtaining compensation. These lawsuits accuse third parties, such as property owners, subcontractors, or equipment providers, of negligent wrongdoing.

In such cases, injured workers are often best served by seeking the advice of a Wisconsin workers’ compensation attorney who has significant experience in litigating personal injury claims.

Wisconsin workers’ compensation lawyers at the Lein Law Offices offer a free and confidential consultation to discuss your rights. Call 715-403-5045.