It’s that time of year when we hear about students injured while participating in sporting events or other extracurricular activities. 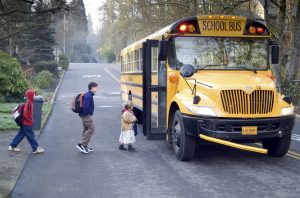 In many cases, injuries occur while traveling to or from a school-sanctioned event or while otherwise participating in an organized activity. These cases are always best handled by an experienced personal injury law firm in Hayward or Winter.

Earlier this month, the USA Today reported a coach and a number of high school bowlers were injured after their bus crashed while returning to West Bend, Wisconsin from a competition in Campbellsport.

Just after Thanksgiving, ABC5 Eyewitness News reported a Girl Scout was released from the hospital after being critically injured in a traffic accident that killed three other scouts and a troop leader. The tragedy occurred when a pickup truck crashed into the group as they picked up trash on a county road. The 21-year-old driver faces four counts of homicide by intoxicated use of a vehicle, as well as other charges. Authorities say he was huffing air duster before the crash.

Our injury lawyers in Winter and Hayward can best help you determine your rights after school injury or injury at an organized event. While schools and those engaged in organized sporting events often enjoy certain immunities from liability for resulting injuries, the laws are complex and such protections are far from absolute.

Liability for After-School Injuries in Wisconsin

These are always complex cases best handled by an experienced injury lawyer.

Potential defenses to such injury claims include (but are far from limited to):

In many school injury cases, an experienced Wisconsin injury law firm will work to determine whether other at-fault parties share blame. In the case of the Girl Scouts struck by the at-fault driver, a claim may be made against the driver’s insurance company.

Unfortunately, in many cases a driver may lack adequate insurance, or may lack enough insurance to cover all damages, particularly in cases where multiple victims are involved. This can make timely investigation, review and filing of your claim critical when it comes to your ability to collect an appropriate damage award.

All Posts »
PrevPreviousSuperior Refinery Explosion Caused by Crude Oil Distillation Process
NextHow can you keep yourself out of debt?Next